If there is an epidemic of obesity why are you not treating it?  LINK above


As a Diplomat of the American Board of Obesity Medicine and a Fellow and Diplomat in the National Lipid Association  I think you should consider putting your obese patients on one of the following diet pills for the chronic disease of obesity on a long term basis:

My personal experience with Victoza, Invokana and Qsymia link

Let me give some ideas as to how to choose which drug, which should be done in concert with your physician.

Second step.
If diabetic already on maximum dose metformin add Victoza as this Liraglutamide will be paid for .

Third step
If on Insulin try switching over to Invokana.  Careful monitoring of glucose during transition and suggest switching to Atkins or LCHF.

Now for the Diet medicines themselves.

First choice?
LOCASERIN (Belviq)
Why?
May be  safest drug.
Young women are less of a concern than with Qsymia.
Caution with depressed patients.
There is a concern for serotonin syndrome but to my knowledge this drug does not increase serotonin levels.
Downside: Only 50% have good response.

Solution: After two or three months add Phentermine one half tab 37.5 mg a day if no cardiac or anxiety contraindications. This is generic drug now. This addition is off label for long term despite the combination in Qsymia having the indication for long term.

Third Choice?
NALTREXONE/BUPROPION/CONTRAVE
Best news: Non-scheduled drug
Bad news: Label legacy
These 2 drugs have been around for some long that many side effects have shown up on the PDR over the years.
BLACK BOX WARNING: Depression and Neuro-psych disorders
Do not give to people on narcotic pain medicine.
Careful in people prone to seizures.
Thus in young folks who might binge on alcohol this might not be the first choice.
Not for bulemia or anorexia nervosa
Don't take with Levadopa or Amantadine
UPDATE: Still some concerns about increase HTN?

"Following gastric bypass surgery, levels of ghrelin are extremely low,39 while GLP-1 and PYY are elevated,46 which should attenuate appetite."

Choosing which weight lost surgery is best for a patient is not based on random controlled head to head trials.  Lap band by experience has lost favor.

The surgeons are allowed this freedom to discover the best course for the obese patients.

Likewise, ABOM specialists will treat "off label" the multiple pathways that cause weight regain with multiple drugs.


Posted by Brian Scott Edwards MD at 5:37 PM No comments: 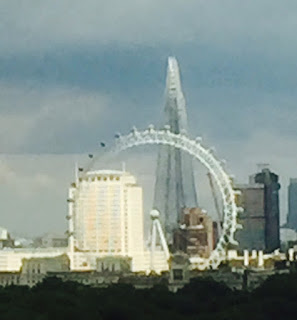 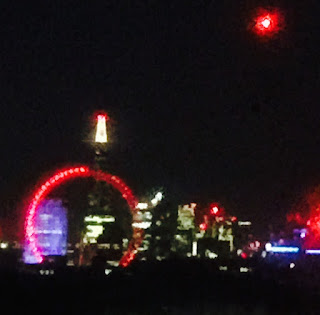 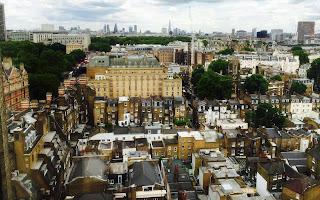 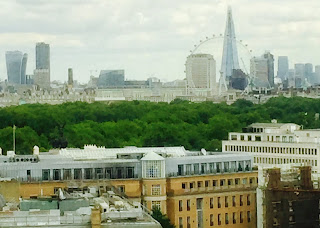 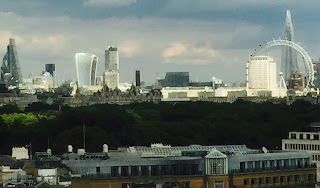 Posted by Brian Scott Edwards MD at 2:20 PM No comments:

Exciting times for weight loss as science of obesity advances

Exciting times in weight loss as science of obesity advances

The above link explains the sea change from diet and exercise to drugs and surgery as the ultimate answer to the obesity epidemic for now.
Posted by Brian Scott Edwards MD at 11:26 AM No comments:

I wrote Dr. Frank Greenway about the incongruence of the Handbook of Obesity and he updated me with more recent studies. `

"Conclusions: Despite relative preservation of FFM, exercise did not prevent dramatic slowing of resting metabolism out of proportion to weight loss. This metabolic adaptation may persist during weight maintenance and predispose to weight regain unless high levels of physical activity or caloric restriction are maintained. (J Clin Endocrinol Metab 97: 2489 –2496, 2012)"

"In conclusion, we found that an intensive lifestyle intervention consisting of daily vigorous exercise plus self-selected dietary restriction resulted in massive weight loss of similar magnitude to a matched group of subjects following gastric bypass surgery. Both groups showed significant improvements in cardio-metabolic profile and a resolution of Class III obesity. Unlike RYGB patients who lost a substantial amount of FFM, Biggest Loser Contest participants partially pre- served FFM despite rapid weight loss. However, FFM preservation did not attenuate the reduction of metabolic rate and both groups demonstrated a significant metabolic adaptation to weight loss that was correlated with the energy deficit and changes in leptin."
Obesity | VOLUME 22 | NUMBER 12 | DECEMBER 2014  p2567 Metabolic Adaptation with Massive Weight Loss Knuth et al.


4-15 Video on REE after bariatric surgery

In above video:
Dr. Dympna Gallagher shows that REE (resting energy expenditure) reduces more in weight loss than  can be explained.

To my confusion, as I study for the Obesity Boards in Dec 2015 I found this passage in the Handbook of Obesity edited by George A. Bray and Claude Bouchard Vol 2 Fourth edition on p. 442 in a chapter authored byDavid Heber and Frank L Greenway:

"Weight loss is always accompanied by a reduction in resting energy expenditure, but this decrease is proportional to the loss of lean body mass, and therefore, there is no evidence of adaptive decreases in resting metabolic rate due to surgery that could explain weight regain."

To further confound me I found this passage on p 147 in the same book in a chapter written by Steve Anton, John Froeyt, and Michael G. Perri:

"Recent findings suggest that the hormonal changes that encourage food intake following diet-induced weight loss persist and do not revert to baseline levels even after 1 year following the initial weight reduction.  Moreover, after a period of dieting,  resting metabolic rate decreases beyond the level expected from the loss of body mass alone.  see POUNDS LOST study.

My favorite video explaining why the reduced obese regain weight is this from Weight of the Nation HBO:
Columbia University

Posted by Brian Scott Edwards MD at 10:37 AM No comments: